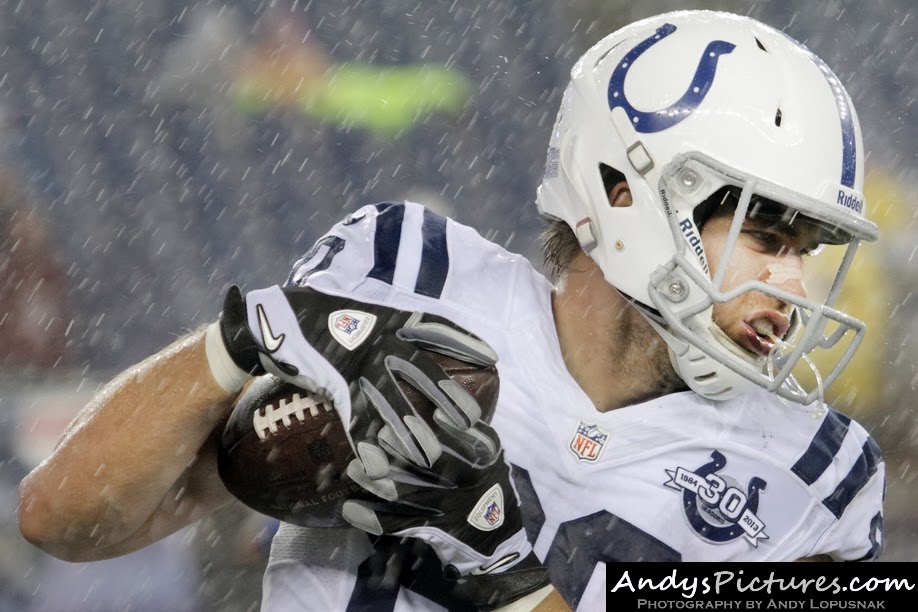 I was slammed this past month with work, photo shoots and games; so I didn’t get a chance to write up weekly recaps of my photo exploits. Here’s a look back at the first month of 2014. I covered three college basketball games and an NFL playoff game for the month. For the three hoops games, I did photo shoots; but only shot the home teams due to timing conflicts with the road teams. 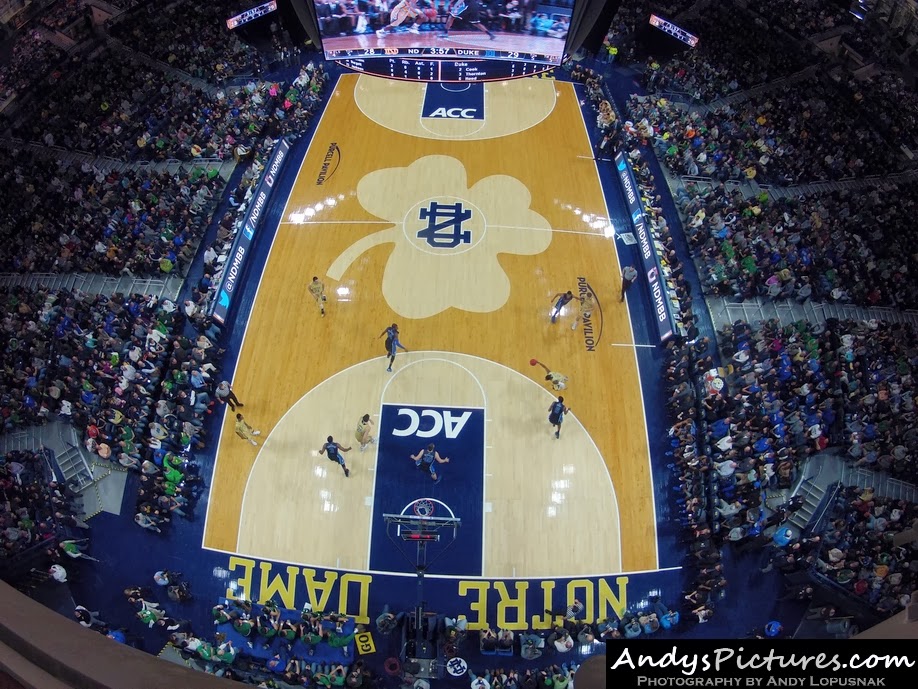 IRISH SHOOT
After getting home late on New Year’s Eve from the Sun Bowl, I left San Jose on NYE for South Bend, Indiana to do a photo shoot with the Notre Dame Fighting’ Irish men’s hoops team. I photographed six players for the CBS telecast of the Duke game. Notre Dame upended the #7 Blue Devils 79-77 in the Irish’s first ACC game. 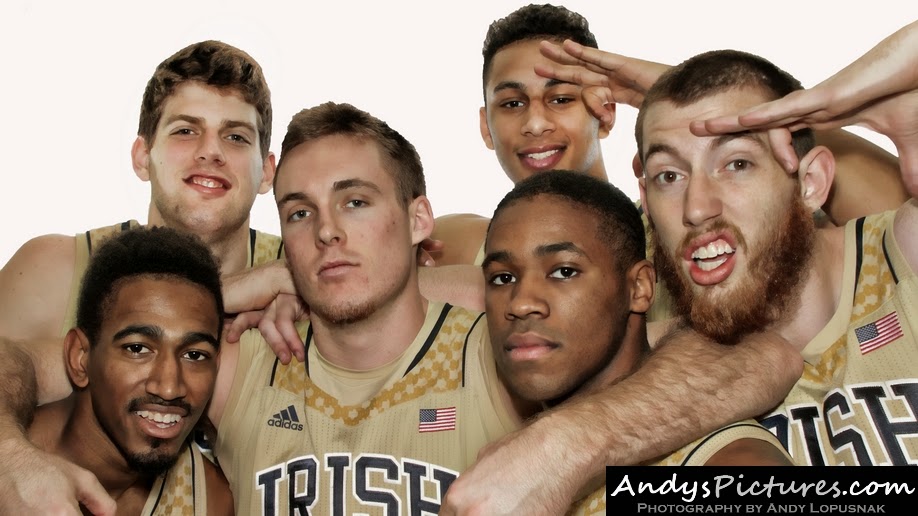 PLAY LIKE A CHAMPION
After the shoot, I got access to the football stadium and the locker room to get some scenic photos of the historic venue. 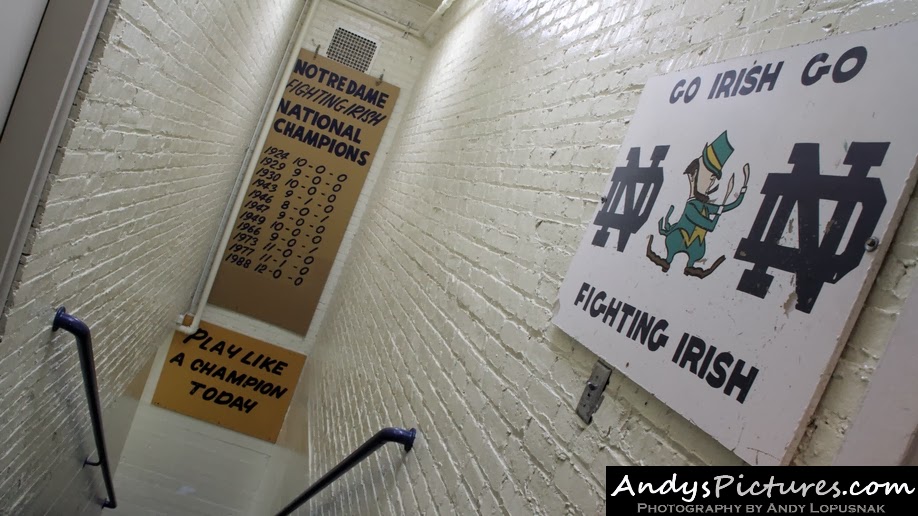 AROUND CAMPUS
Next, I walked around campus getting some new photos of Touchdown Jesus and the inside of the Golden Dome. Unfortunately, the Basilica of the Sacred Heart was closed for renovations. Notre Dame is an awesome place to visit like going to Lambeau Field in Green Bay (has a similar feel too); but I cannot imagine living in either place. 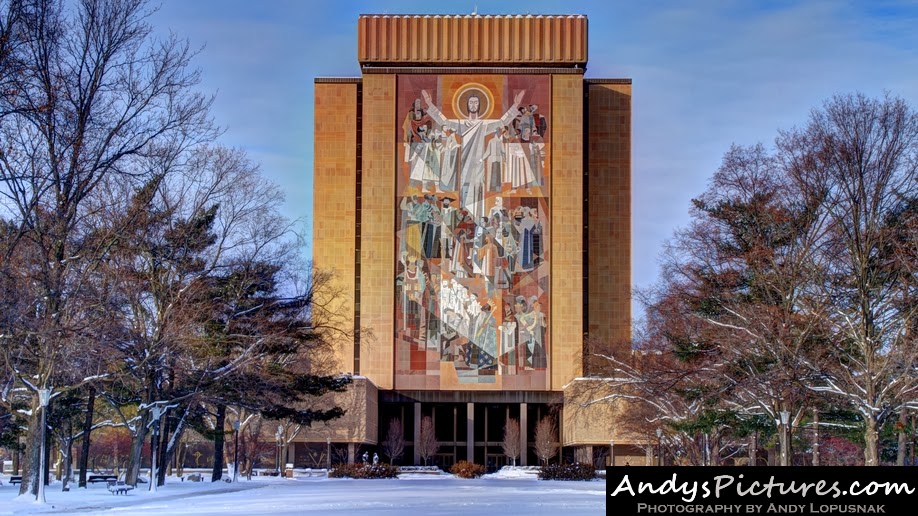 TWO ND TIME LAPSES
I had a corner time lapse of the Purcell Pavilion the last time I was here the same weekend two years earlier; so I set up the Canon 40D with the Canon 17-40mm L lens at high midcourt and put the GoPro Hero 2 in the rafters above the rim. 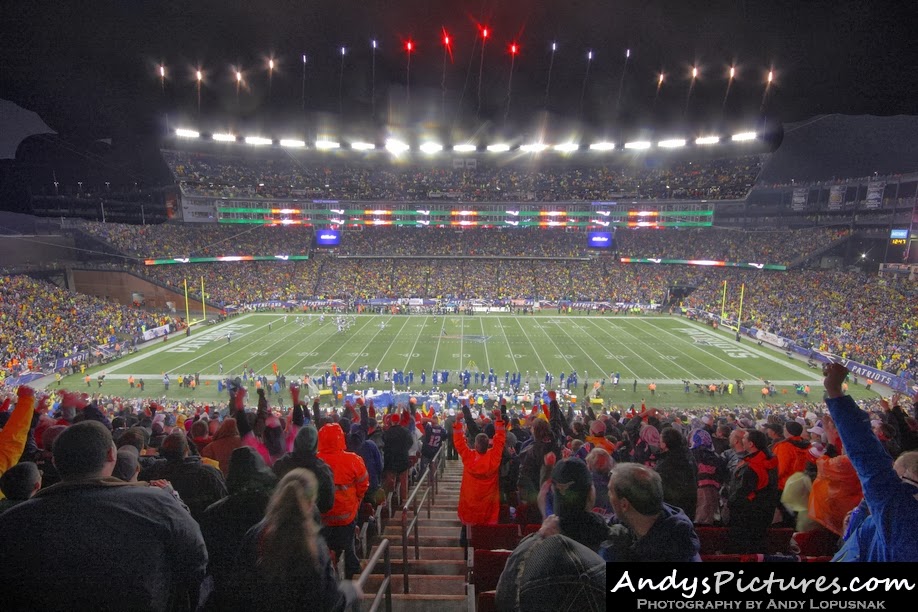 BOSTON NIGHT SHOTS
Looking at my vast photo collection, I noticed that I had hardly any night shots of Boston; so I braved the cold for about six hours and walked about three miles along the Freedom Trail. 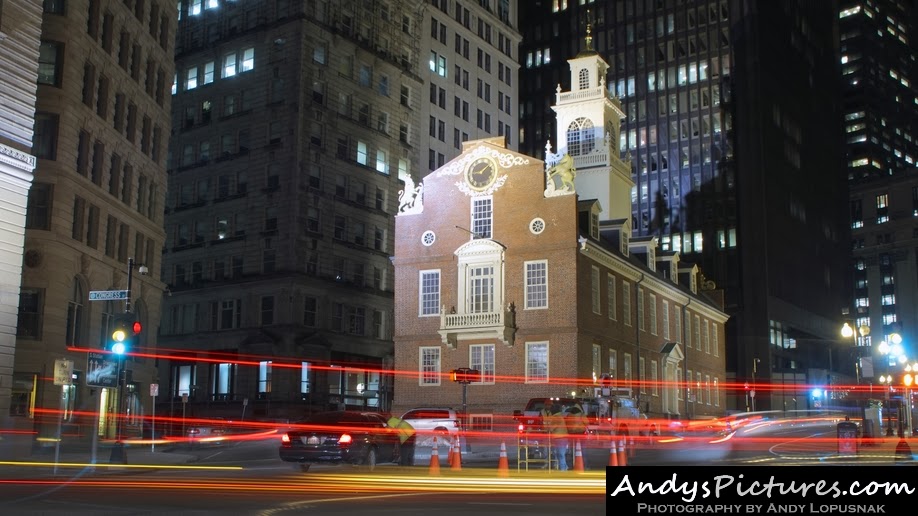 RHODE ISLAND STATE CAPITOL
I’ve photographed this numerous times, but this time I got a prime hotel room and got a day-to-night time lapse and also had time to get interior photos of the capitol building. 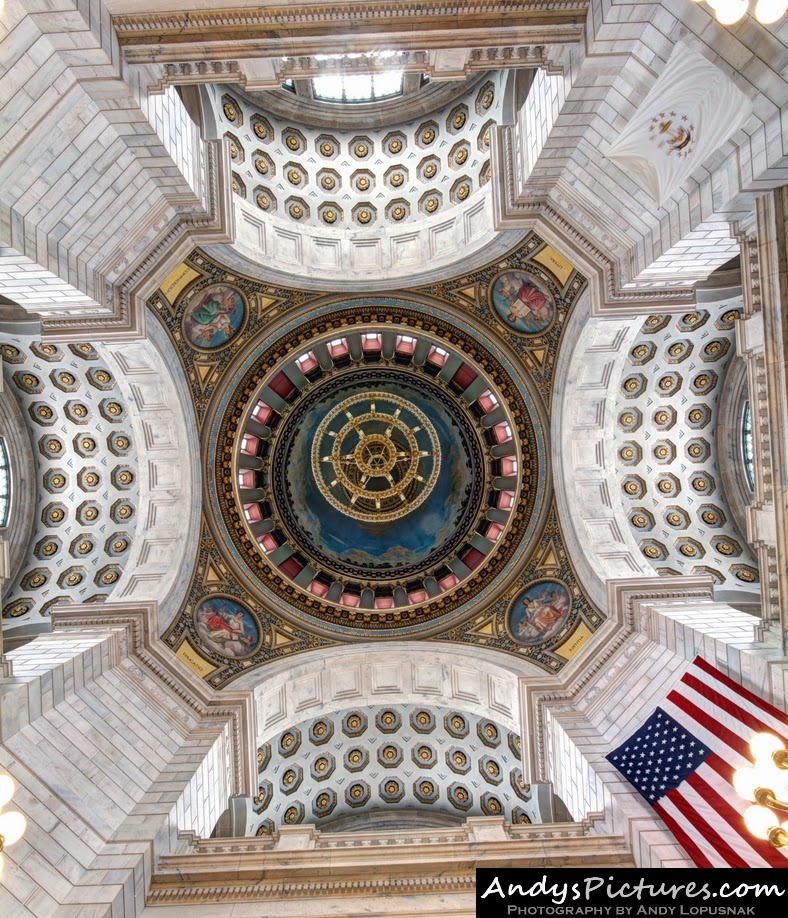 GILLETTE STADIUM TIME LAPSES
To me, this was the highlight of the entire month as I added another NFL home venue to my time lapse collection. I now have 29 of the 32 current home stadiums (only need Cleveland, Jacksonville and San Diego). Sadly, the game was at night so I’ll still need to get a daytime time lapse at some point. I set up three cameras to create the time lapse below: GoPro Hero 2 in the end zone; GoPro Hero 3 in the corner (in the Press Box) and the Canon 40D with the Sigma 10-20mm lens on the sidelines). Look how the rain pours down, then stops throughout the game.

FIVE MINUTES ON THE FIELD
During pregame, it was a torrential downpour; so I braved a cheap poncho and went out to get some quick shots. I was out there for maybe five minutes and got some of my best shots of the 2013 season. The Patriots won easily 43-22 thanks to 166 yards on the ground and four touchdowns by RB LaGarrette Blount. 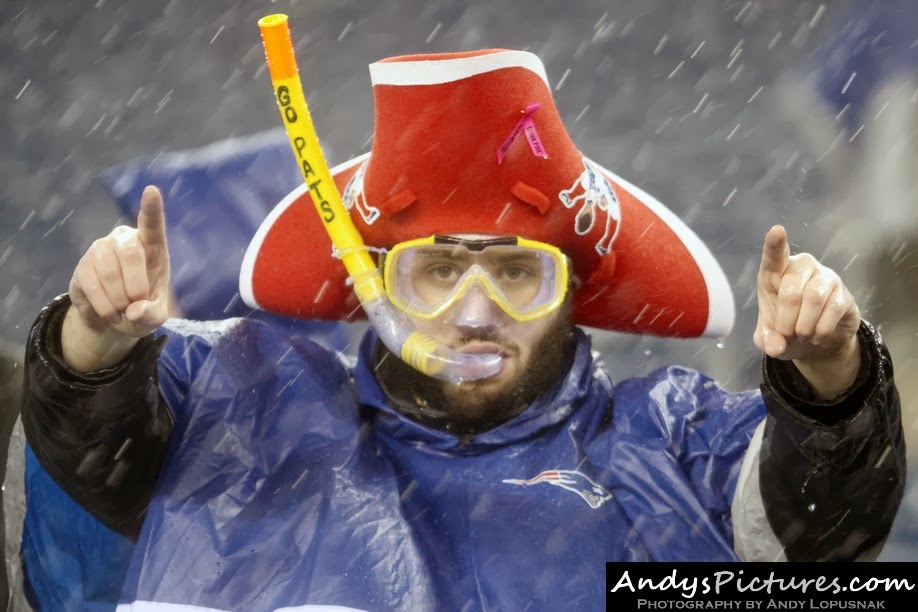 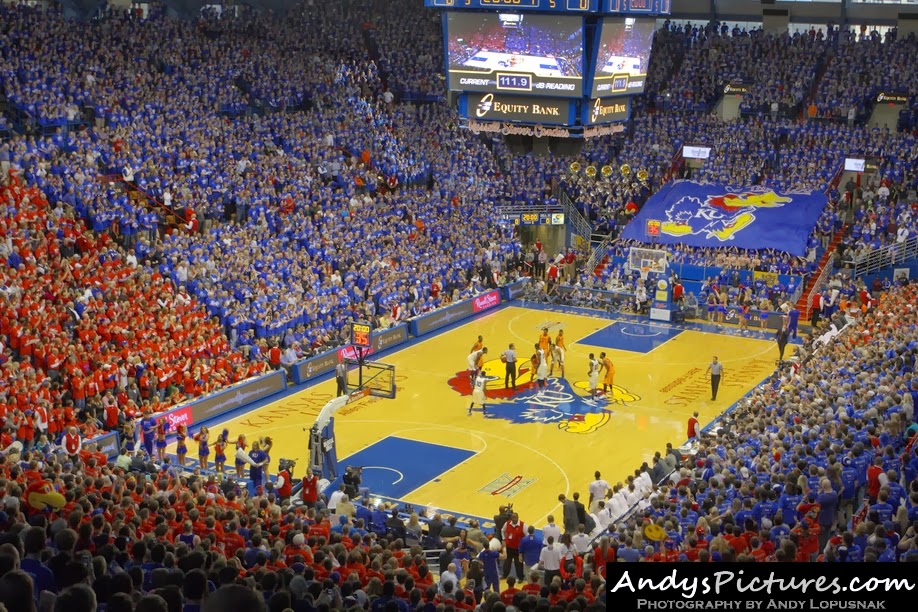 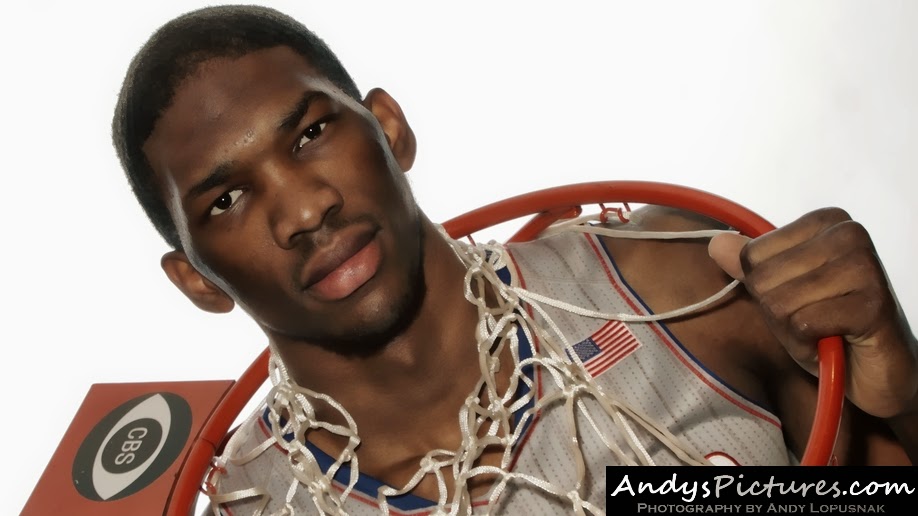 Kansas beat Oklahoma State, which I didn’t photograph, 80-78 thanks to a dominate performance by Embiid, who scored 13 points, rebounded eleven balls and blocked eight shots. 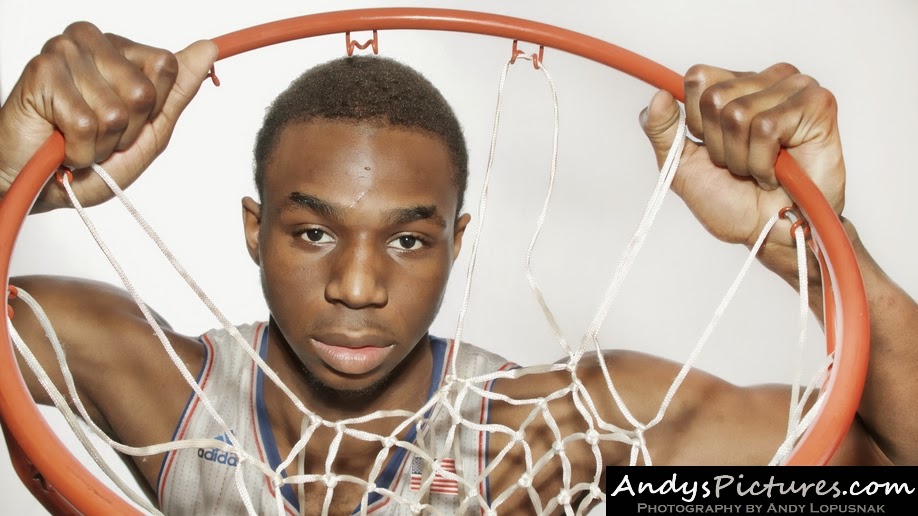 According to DraftExpress.com, Kansas is projected to have the top to picks in the 2014 draft with Embiid going first and Wiggins going second. Additionally, the site has Selden going 22nd.

AROUND CAMPUS
Before the shoot, I drove around Kansas’ campus and nabbed some shots. I tried to get into the football stadium; but it was locked up. 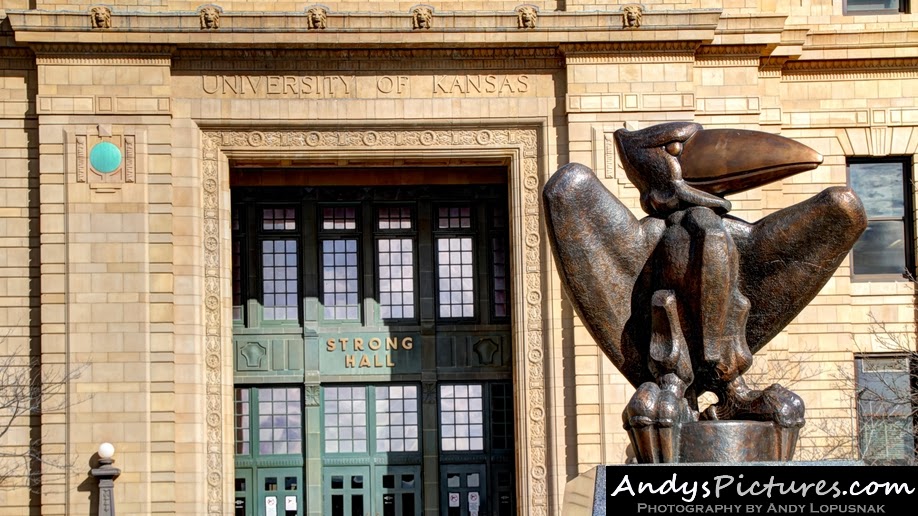 EISENHOWER GRAVE
I drove from Lawrence to Abilene the day before the game to add to my photo collection of presidential graves to snap shots of Dwight Eisenhower's final resting place, library and boyhood home. Adding Ike put my tally to 16. 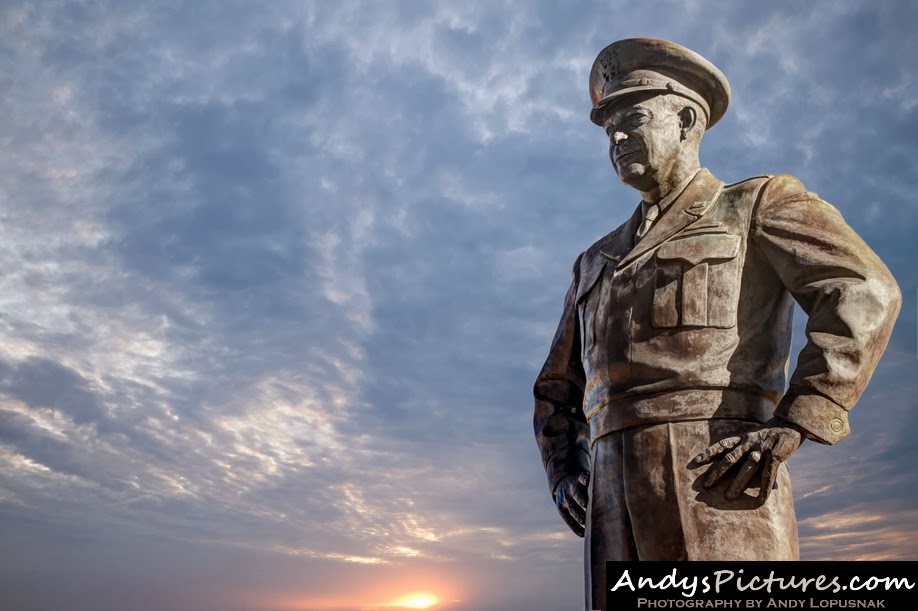 INSIDE KANSAS STATE CAPITOL
On the way back from the Eisenhower Library, I stopped in Topeka and got some interior shots of the capitol building. 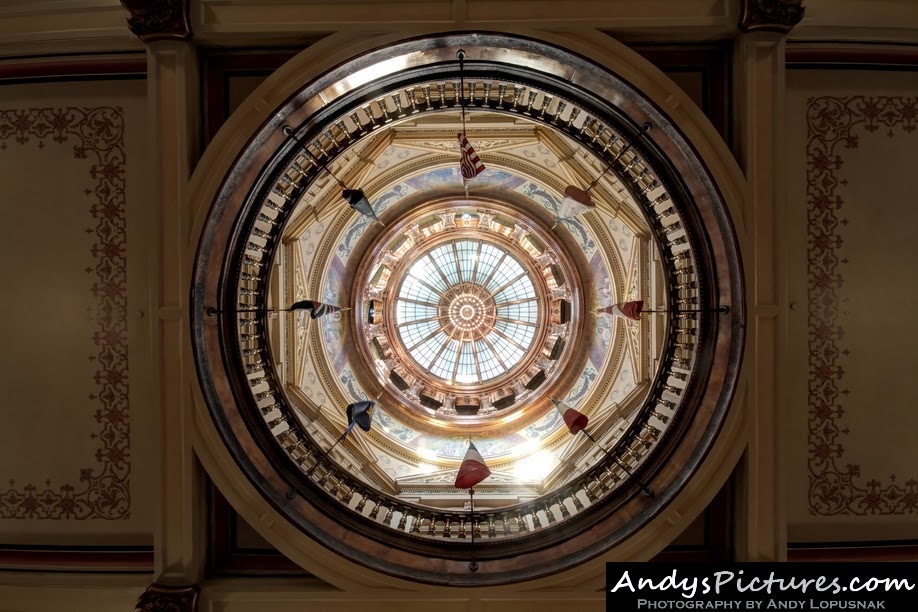 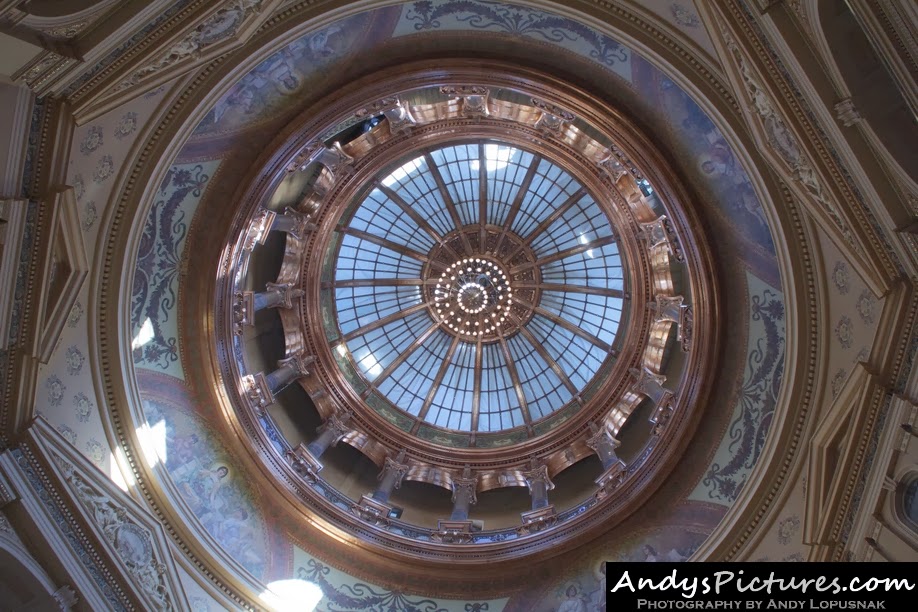 ALLEN FIELDHOUSE TIME LAPSE
I’ve previously created two time lapses at historic Allen Fieldhouse (one in the right corner and the other at midcourt). This time, I put one in the left corner a bit tighter to show mainly the court.
HOOPS: SYRACUSE AT MIAMI 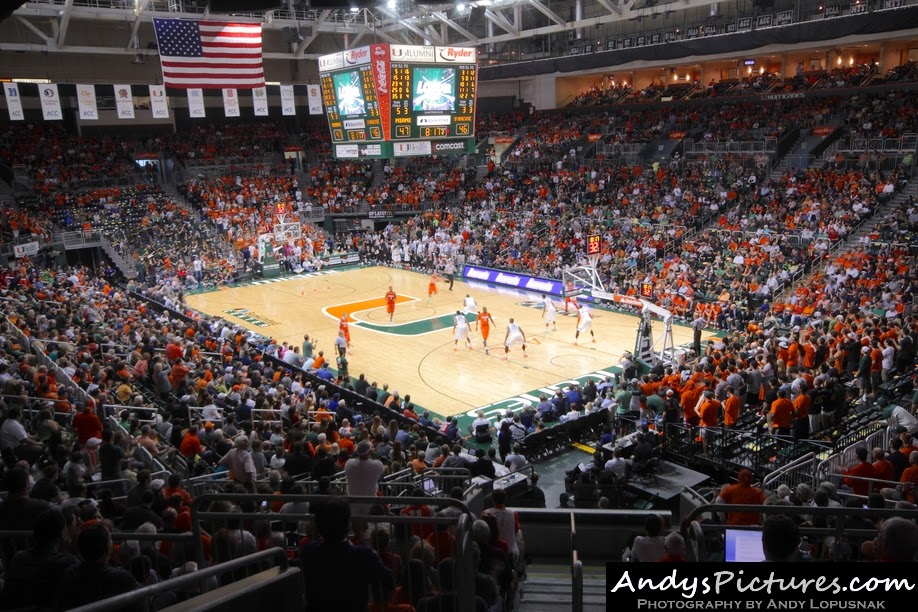 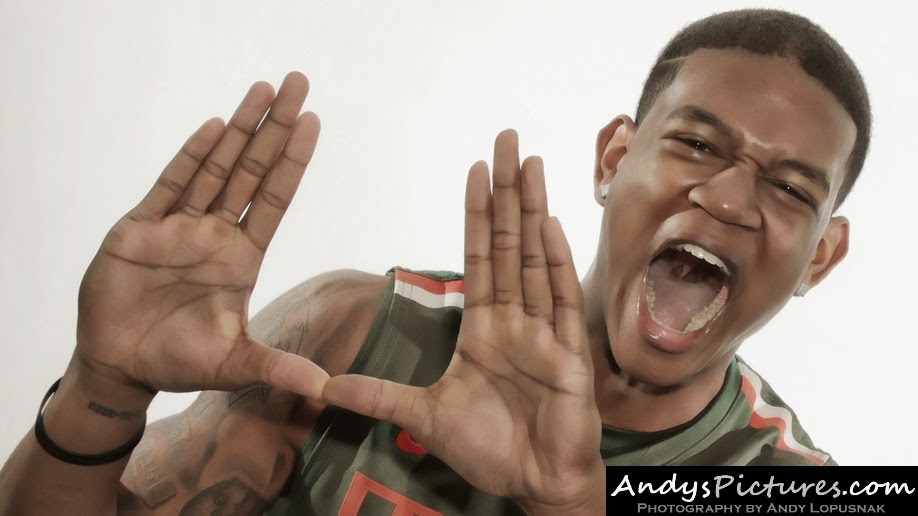 MIAMI BEACH LIFEGUARD TOWERS
Friday, I headed to South Beach to get some new shots of the lifeguard towers. 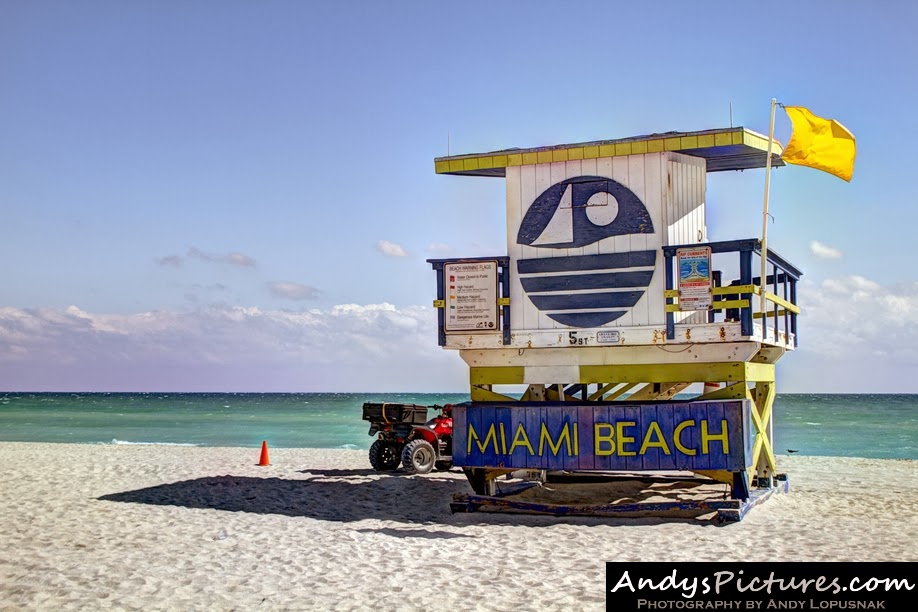 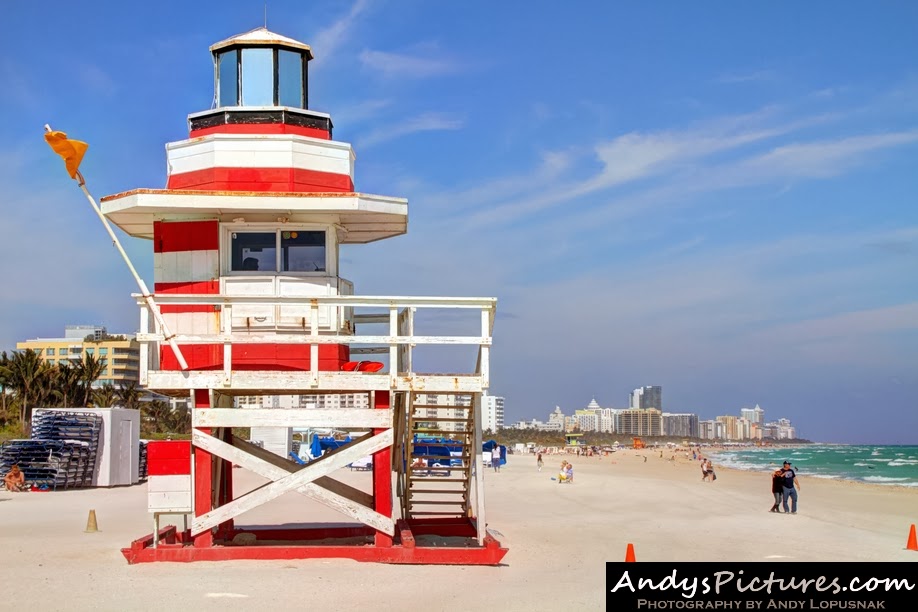 BRITTO
On the way to the hotel, I stopped at Target to get something to drink; then I noticed next to it a huge Romero Britto art piece at the Dadeland Metrorail station. Its name is “Mr. Happy.” 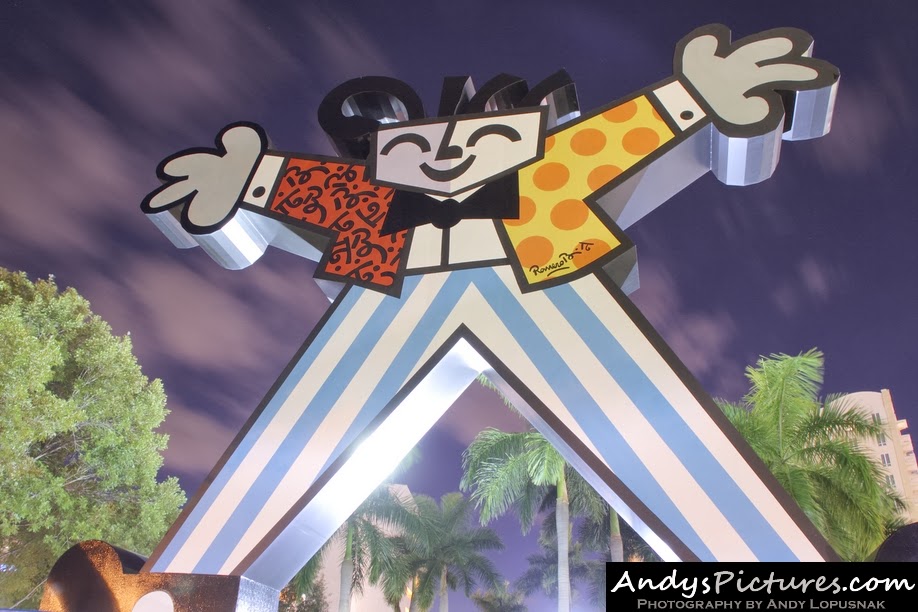 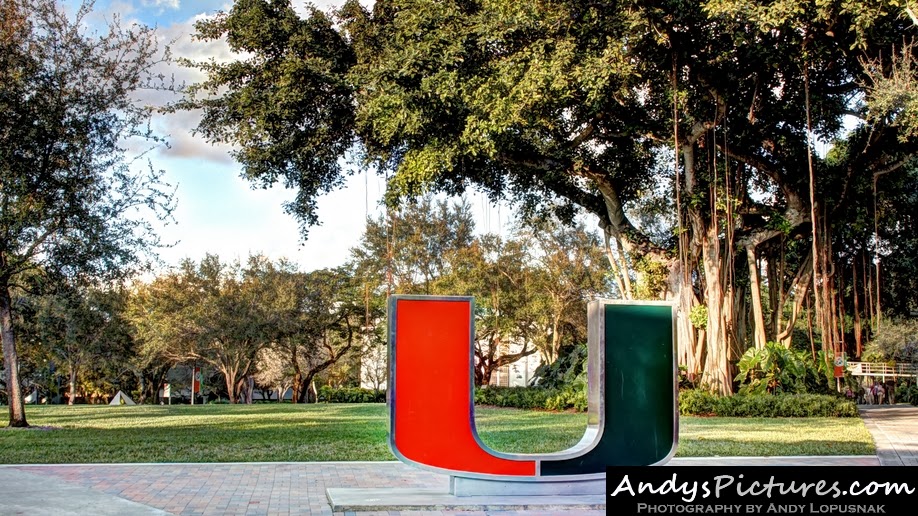 A LOOK AHEAD TO FEBRUARY
I have upcoming four hoops games and three of them will be at new venues for time lapses. My games are: Michigan at Indiana, Michigan State at Wisconsin, Pittsburgh at North Carolina and Louisville at Cincinnati. I’ve previously been to Madison twice for games (getting time lapses in 2011 and 2013). It will be my first games at UNC and Cincy (though I did shoot a Bearcats football game in 2012). As for Indiana, I’ve been twice previously, but it will be my first since 2001 (and obviously I don’t have a time lapse there).